For many of us, migraine is an invisible enemy. This neurological condition can impact both our personal and social lives. However, with awareness, understanding, and support from society, people who suffer from migraines can manage and overcome this disorder.

Migraine is often linked with headaches but it’s much more than that. Studies has found that migraine is the second most disabling disease after lower back pain. Did you know, that women are three times more likely to suffer from migraines than men? People in their 30s and 40s are more vulnerable to this syndrome.

The frequency of migraine attacks varies from one gender to another and can last from few hours to few days. Repeated headaches, nausea, aura, and extreme sensitivity to light are some of the notable symptoms experienced by migraine sufferers.

Women are likely to experience more prolonged migraine attacks than men. Although some people may not be able to identify what causes migraines, research shows us that chemical imbalance of hormones such as serotonin and estrogen triggers migraines sensitivity.

Why women are more likely to experience migraines than men?

The bodies of women are designed to perform unique functions. They have a hormone known as estrogen, which plays a crucial role in their sexual development and also helps regulate their menstrual cycles. Its level keeps changing throughout their life – its amount increases during pregnancy days and decreases when they are not expecting a baby.

Serotonin is responsible for communication between nerve cells; it is thought to cause narrowing of blood vessels in the body, which is one of the prominent reasons for migraines in both sexes. Changes in estrogen level, however, impacts only women.

Research shows that in women, chances of migraine occurrence increases when menarche – the first occurrence of menstruation – approaches. Childbearing ladies, especially the ones who are in their 30s, are more vulnerable to migraine attacks. As the midlife approaches, the migraine impact also increases. The midlife onset of migraine in women is attributed to hormonal imbalance during menopausal transitions. Hormonal and non-hormonal therapies and several behavioural approaches can be adopted to manage migraines.

Although many factors can trigger migraines, some are notable. Study shows that stress, emotional and hormonal imbalance can play a significant role in migraine development.

Some environmental factors like exposure to high-intensity light or certain smells can also trigger this disease.

There are multiple treatments available for Migraines. There are two broad categories, i.e. pain relievers and preventative medications. Pain relievers mainly stop the symptoms, while preventives meds are designed to manage migraine attacks' severity and frequency.

Scientists have long been working on migraines to find the treatments and uncover their causes. They have successfully developed drugs that have proven effective against a migraine-causing protein known as calcitonin gene-related peptide or simply CGPR. It's indeed a huge milestone in our efforts to combat this illness.

The following medicines are known for effective action against Migraine:

When it comes to defeating migraines, you shouldn't just rely on medicines. Behavioural modifications are also proven to help control this disease. Adopting anti-stress measures, taking adequate sleep, and regular exercise can uplift your immunity against migraine and many disorders.

Some common myths associated with Migraines:

There are a lot of myths falsely associated with migraines, and we need to debunk them. One of the common myths is that a migraine is just a headache which is untrue! In fact, it is the second most disabling disease around the globe.

Migraine has a broad spectrum; hence not all are the same. From mild to severe, it can vary a lot. Some people may experience just minor symptoms, while others may find migraine disabling.

The notion that only a particular imaging test can confirm migraine is false. A thorough physical exam from a migraine specialist is all you need to check whether you have a migraine or not.

Identification of migraine triggers is possible. You need to get in touch with your healthcare provider to know the causes and solutions for migraines.

Do migraines often come with aura? Not necessarily. Aura is characterised by a visual or sensory disturbance that happens before a migraine – in some cases. Interestingly, cases with aura count for only 30% of all migraine cases.

It is true that migraine mostly occurs in women, but it doesn't mean men don't get a migraine. In fact, boys in their childhood get more attacks than girls. 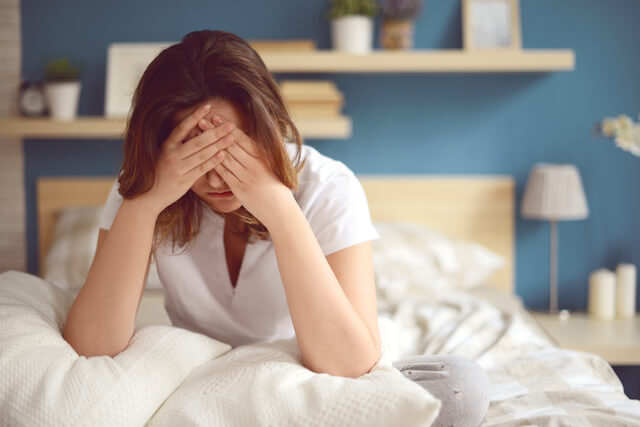